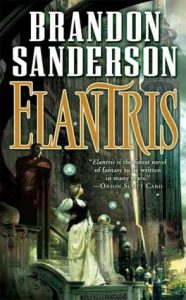 I have become a Louise Penny fan! I wanted to make that statement clear from the opening sentence of this review.  The Beautiful Mystery is the third Louise Penny novel I’ve read in 2017.  Starting with The Long Way Home and A Trick of the Light, the Inspector Gamache novels set in small-town Quebec have… END_OF_DOCUMENT_TOKEN_TO_BE_REPLACED

Some novels read fast. Non-stop page turning action that grabs your imagination and doesn’t let go until you finish. Other novels read slowly like eating a well-cooked meal at your favorite restaurant.  You take the time to eat your meal with a glass of the restaurant’s best wine.  Well, The Golem and the Jinni… END_OF_DOCUMENT_TOKEN_TO_BE_REPLACED

What is a legend? Does the truth about a legend matter only to those who believe in it?   Or does the propaganda about a legend matter more than the truth? These questions came to mind after reading Emphyrio by Jack Vance. Vance has been considered one of the giants of the science fiction and fantasy… END_OF_DOCUMENT_TOKEN_TO_BE_REPLACED

I was told by a reader since I like imaginative and escapist fiction I should read Jack Vance. I had heard of Vance’s name over the years but never had an inclination to read any of his work.  I did internet research about the author and found out he has been an inspiration for many… END_OF_DOCUMENT_TOKEN_TO_BE_REPLACED

I rarely jump on the pop culture event of the moment.  I have always waited for the event to die down or choose something out of the mainstream.  However, when I found out about the Dark Tower Movie starring Idris Elba and Matthew McConaughey as foes.  I was intrigued and decided that I would read… END_OF_DOCUMENT_TOKEN_TO_BE_REPLACED

Redemption in Indigo by Karen Lord is a fable about a woman named Paama from the African village of Makendha.  Paama endures a bad marriage to a gluttonous husband and when she finally leaves him brings the attention of the djombi, the undying ones, who present her with a gift, the chaos stick. The gift… END_OF_DOCUMENT_TOKEN_TO_BE_REPLACED

Sometimes a book will come out of nowhere for you to read it?  The Lion of Boaz-Jachin and Jachin-Boaz by Russell Hoban is a such book. I’ve had this book on my Kindle Paperwhite for awhile and I finally decided to read it while on vacation in Europe last week.  I did not plan to… END_OF_DOCUMENT_TOKEN_TO_BE_REPLACED

Can human beings live forever? Of course, we all know the answer to that question.  One death per person.  However, science fiction has tackled the immortality theme throughout its history as a genre and Robert Silverberg addresses it in several of his books during his most prolific period of 1967-1976. To Open The Sky presents… END_OF_DOCUMENT_TOKEN_TO_BE_REPLACED

I have slowly been indoctrinated into becoming a Haruki Murakami fan.  The Wind-Up Bird Chronicle will make the third novel I have read and reviewed for the blog and the excellent memoir, What I Talk About When I Talk About Running. I will write that so far in my Murakami reading experience, this writer has an interesting and strange… END_OF_DOCUMENT_TOKEN_TO_BE_REPLACED