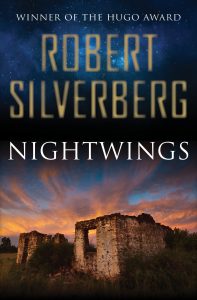 “Science Fiction, more than any other form of literature, is a progress, and it comes with a sell-by date. Some old SF can become unreadable. Some reputations erode with time. What we respond to, once the sell-by date is past, is art and, perhaps, is also truth.” (Neil Gaiman) The introduction by Neil Gaiman from… END_OF_DOCUMENT_TOKEN_TO_BE_REPLACED

Can human beings live forever? Of course, we all know the answer to that question.  One death per person.  However, science fiction has tackled the immortality theme throughout its history as a genre and Robert Silverberg addresses it in several of his books during his most prolific period of 1967-1976. To Open The Sky presents… END_OF_DOCUMENT_TOKEN_TO_BE_REPLACED