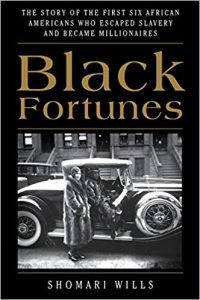 There are some books you have known about for most of your life.  However, you will finally read that book when it has determined you are ready for it.  This is the case for Before The Mayflower by Lerone Bennett Jr. I have known about this book… END_OF_DOCUMENT_TOKEN_TO_BE_REPLACED

I was challenged recently by a blog reader to read and review more nonfiction books. I have read fiction books for most of my reading life. There were numerous reasons why I have gravitated towards novels instead nonfiction. However, I chose not to state those reasons in response and accepted their challenge. I have decided… END_OF_DOCUMENT_TOKEN_TO_BE_REPLACED

Can you ever go home again? Binti Home by Nnedi Okorafor attempts to answer that question. Binti returns home after a year away on a spaceship at Oozma University. She brings her friend, Okwu, for support. However, the homecoming does not go as expected and the family treats Binti like a pariah. She discovers a… END_OF_DOCUMENT_TOKEN_TO_BE_REPLACED

I have a soft spot for coming-of-age stories. I don’t have a good explanation for why those stories appeal to me as a reader. But, they do. When I found out about this first novel from Colombian author Gloria Susana Esquivel, I knew I had to read it. Animals at the End of the World… END_OF_DOCUMENT_TOKEN_TO_BE_REPLACED

Daddy, I’m ready to read another book with you at bedtime. I loved hearing that sentence from my 10-year-old daughter, Norah. We have read many books together over her young life. This time she wanted about women in science. I did a Google search a few weeks ago and came across Black Women in Science… END_OF_DOCUMENT_TOKEN_TO_BE_REPLACED

As we come to end of 2019, there will be a lot of lists for the best reads of the year. Well, I have compiled my favorite reads of the year. Here are ten books across all genres and a non-fiction selection. I believe in reading widely and have the readers credo, “Reading is the… END_OF_DOCUMENT_TOKEN_TO_BE_REPLACED

I love getting books as Christmas gifts especially from my 10-year-old daughter. This year’s Christmas gift is Jay-Z (Made In America) by Michael Eric Dyson. I will confess upfront that Jay-Z is not my favorite rapper and I have not listened to a lot of his music. My favorite rappers are Big Daddy Kane and… END_OF_DOCUMENT_TOKEN_TO_BE_REPLACED

One of the joys of reading is discovering a book (or author) you would have never come across in your normal reading experience. I will confess upfront that I’m not that much of a fan of YA novels. Reading about teenagers (or young adults) and their problems or issues does not move me as a… END_OF_DOCUMENT_TOKEN_TO_BE_REPLACED