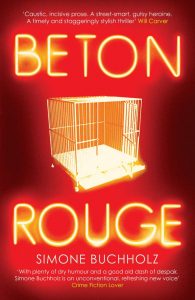 Last year, I began attempting to read fiction beyond America.  I believe it’s important and necessary to read novels from around the world to widen my view of how stories are told.  I read two novels from France last year and I thought this summer I would… END_OF_DOCUMENT_TOKEN_TO_BE_REPLACED

I have become a Louise Penny fan! I wanted to make that statement clear from the opening sentence of this review.  The Beautiful Mystery is the third Louise Penny novel I’ve read in 2017.  Starting with The Long Way Home and A Trick of the Light, the Inspector Gamache novels set in small-town Quebec have… END_OF_DOCUMENT_TOKEN_TO_BE_REPLACED

One of the pleasures of doing book reviews is getting to discover a new author and escaping into their fictional world. I have been hearing about mystery novelist Louise Penny on the What I Should Read Next podcast by several readers.  Anne Bogel, the host, recommended Penny to several of her podcast guests. I decided… END_OF_DOCUMENT_TOKEN_TO_BE_REPLACED