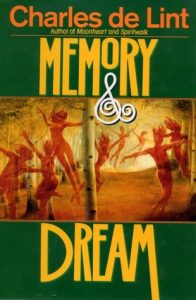 Diondray’s Roundabout is now released. It is the third novel set in the world of Kammbia. I really enjoyed writing this one and Diondray’s journey through Southern Kammbia will be one of a change for the entire world. Get it here: https://books2read.com/u/3krDnN Could he be the one foretold? Faith and doubt wrestle to… END_OF_DOCUMENT_TOKEN_TO_BE_REPLACED

The courage to face the truth. Diondray Azur had it. He took a gamble and looked hard into his roots. What he discovered changed him forever. A son of privilege in the land of Kammbia, Diondray learned one day that everything he believed to be true was in fact, a lie. When he discovered an… END_OF_DOCUMENT_TOKEN_TO_BE_REPLACED

“Cassandra’s Revelation,” is about a chance meeting between Cassandra Applebaum, a sultry-voiced singer who hadn’t sung in years, and an old friend—one who saw Diondray stop a rainstorm. Inspired by her friend’s account, Cassandra penned a new song, “The One Who Made the Rain Go Away.” After a few days, she received a call from… END_OF_DOCUMENT_TOKEN_TO_BE_REPLACED

Jonathan Carroll has become an author on my must read list that includes Charles de Lint, Guy Gavriel Kay, & Jorge Amado. Carroll’s brand of contemporary fantasy and surrealism is unique to the fantasy genre. I have read and reviewed four other Carroll novels: White Apples, Glass Soup, The Land of Laughs, and The Wooden… END_OF_DOCUMENT_TOKEN_TO_BE_REPLACED

Sometimes you pick up a book or these days download it to your Kindle Paperwhite and read.  House of Lost Dreams by Graham Joyce is one of those types of novels. I had heard of Graham Joyce’s work over the years but did not have an inkling to read any of his work until now.… END_OF_DOCUMENT_TOKEN_TO_BE_REPLACED

Back in the early to mid-1990’s, Charles de Lint was one of two novelists I read regularly.  The other novelist was Dean Koontz.  I had not been a big reader at that point in my life and I can attribute the love of reading in my adult life to both of these authors.  I’m forever… END_OF_DOCUMENT_TOKEN_TO_BE_REPLACED

I never thought I would like reading a book about witches. Well, that’s the power of reading.  You can end up liking something unexpected. The White Raven by Carrie D. Miller is the story of Aven Dovenelle. Finally in her thirteenth life, she has found stability and happiness… END_OF_DOCUMENT_TOKEN_TO_BE_REPLACED

One of the greatest living American authors just had their eighty-seven birthday earlier this month.  Is it Philip Roth? Cormac McCarthy? Richard Ford? John Irving? Toni Morrison?  None of them.  It is Gene Wolfe. Wolfe has never gotten the mainstream literary success or lauded like those aforementioned authors. However, he is revered and celebrated in… END_OF_DOCUMENT_TOKEN_TO_BE_REPLACED