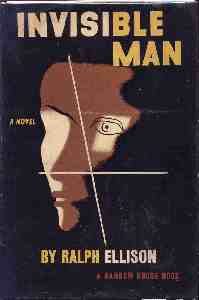 Can a novel you read in your early 20s effect you in the same manner when you re-read it in your mid-40s?

Invisible Man by Ralph Ellison gives this reviewer a split verdict to the aforementioned question.  It is the story of an unnamed protagonist who leaves the American South in search of a better life in Harlem. The two-sided coin of overt and subtle racism are chronicled in great detail throughout the novel. As a result, the protagonist’s life unravels in a heartbreaking and tragic manner.

I will admit for two-thirds of the novel all my feelings when I first read it in my twenties returned. Ellison writes thoughtfully and vividly about the protagonist as he tries to make something of himself. However, the final third of the book when he becomes involved with The Brotherhood, a communist organization that wants to uplift Harlem left me cold.

Maybe, this is where being in my forties and going through my own life experiences kept from me fully connecting with the novel on the whole. I felt more disgusted during this section of the novel and saw how the protagonist was being manipulated in the name of helping Negroes (Yes, I’m using that old-fashioned term) better their stationed in life and raise up the community. However, I could appreciate Ellison showing how people with good intentions can end up placing their agenda over everything else.

Despite this issue, I still believe after my second reading of Invisible Man it’s one of the most important novels I have ever read in my reading life. I highly recommend this book for all serious readers.   Invisible Man belongs in the same neighborhood as To Kill A Mockingbird, Grapes of Wrath, Catch-22, and Catcher In The Rye for being a modern classic of American Literature.