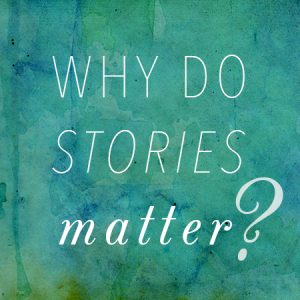 For those who have said, “It’s only a story.” Here’s one of the best defenses against that phrase:

I’ve heard that sentence a lot of over the years. It seems that stories and those who tell them are considered to be second or even third class citizens. Relegate to the fringes of our culture.

Well, I would to say to those who feel that way or believe that’s the position for stories may have underestimated its power and how it affects every area of our lives.

Who would spend a Friday or Saturday night sitting in a dark room staring at an oversized screen and eating overpriced junk food with the woman or man you are romantically interested in? You would not do that for a dissertation on quantum physics or molecular biology? You would only do that for a story.

For those who are into politics, remember we had a President that was an actor. Of course, there are no stories in acting? Right? This president has been revered since he has left office and even in death. Many of them are looking for the next president to be just like him in order to turn the country back to the “right” way. If you know what I mean?

And to those on the other side of the political aisle. We had a president who has a nickname of “Slick Willie.” He didn’t get that name because he was shady but because he liked the ladies a lot. Even though he got away with an affair and pinching a few more bottoms that was not his wife as long as I agreed with his politics and he’s alright with me. What tells me if you have charisma and can tell a good story, you can even become president.

But they can tell me about each one of Michael Jordan’s game winning shots right down to the exact minute as it happened. Also, a lot of these guys are watching Pro Wrestling and playing X-Box or Playstation. And those things are real, right? If you believe that then I have some beachfront property in Montana to sell you.

For those of you who believe. Have you wondered why most pastors won’t teach from the Book of Leviticus? That’s considered a historical accurate book and its full of facts. Because those pastors know that telling a story enhances their sermon and drives home the message they want to relay to the congregation. Jesus taught using stories and understood that man cannot live on bread alone. Maybe he knew how important stories are to our psyche.

And for those who don’t believe and think the Bible are just a bunch of stories. It is interesting that I hear “OMG” and “Jesus” used as curse words in everyday speech. Businesses use the stories of David and Goliath and Moses as teaching tools to their employees and I just heard the story of Samson in a classic rap song recently. Well, those stories have power even to those who don’t believe.

Recently, there was a phenomenon in books about woman in bondage and its popularity was due to many of those “Christian ladies” reading these books as just as much “non-Christian ladies.” It seems that the power of story can make you read something naughty even when if you are not suppose to.

In closing, I say to those that continue to make the comment, ‘It’s only a story.’ I take a second look around you and realize stories have more of an effect than you may think.

← Wisdom of Kammbia 4.2: Why Do I Write?
Transformation Toward Destiny by Marion Hill →