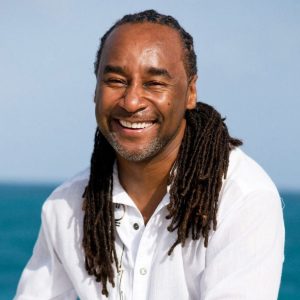 I would like to give my condolences to family, friends, and legions of readers for author Eric Jerome Dickey.  I found out the news of his passing earlier today and realized that I had not read none of his books. Nothing personal….just an oversight on my part.  I have several friends who are readers of his novels and recommended them to me.  But I never got around to them.  I feel bad about that oversight and bought a couple of his books today.

Dickey wrote many novels, short stories, and the Marvel comic book, Astonishing X-Men where Storm gets together with Black Panther romantically.  I read today some of Dickey’s favorite novels by readers are Milk In My Coffee, Friends & Lovers, and The Other Woman. His ability to chronicle contemporary African-American life of the 1990s and 2000s is summed up by this Twitter comment from writer Roxane Gay:

“I am truly saddened to hear about the passing of Eric Jerome Dickey,” Gay wrote. “His were some of the first novels I ever read about Black people that weren’t about slavery or civil rights. He was a great storyteller.”

As a storyteller myself, those last two sentences are the greatest compliments you can give to a black writer.  It is what I’m trying to aim for in my stories.   Our experience is not just about slavery or civil rights, but the full range of what it means to be human.  Our loves.  Our losses.  Our flaws.  Our strengths. Our fantasies. Our secrets.  All the things that make being human messy, complicated, contradictory, fascinating, and rewarding.  Black people are allowed to have that range of humanity expressed in art, just like every other human being on the planet .  Dickey provided that for many readers through the power of story.  Well done, Eric Jerome Dickey.  Rest in love, Storyteller!