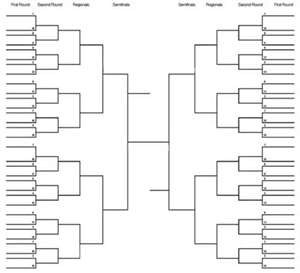 Who is the best novelist?

Who is the most beloved novelist?

Well, I wanted to have some fun and see if I can get an answer those two questions. Since it is the month of March and the NCAA College Basketball Tournament is coming in the next few days.  I thought of getting those aforementioned questions answered with a Sixty-Four Novelists March Madness Bracket Style Tournament.

Here are the rules for the Novelist March Madness Tournament:

For next week’s blog post, I will release the Cormac McCarthy Bracket and that covers Literary Fiction.

Now the readers will select the winner for each matchup in the corresponding bracket. For example, Stephen King is the 1 Seed and he will face Terry Brooks who is the 32 seed as the first match.  Whoever gets the most votes from that match will win and go to the next round called the Sweet 16.

Readers can vote on the match-ups as many times as they want within the time range selected by the tournament chairman (yours truly).  You can place your votes here, Goodreads, or Library Thing, or email me at kammbia1@gmail.com.

Here are the match-ups:

Let’s have some fun and vote often!!!

4 Responses to Wisdom of Kammbia 3.19: Who Is The Best Novelist? (March Madness Style)