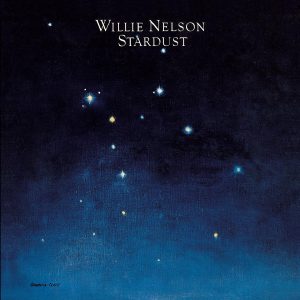 As a music nerd and lover, I will admit that I never thought I would have a Willie Nelson CD in my collection. Nothing personal against the legendary musician, but country music is not my favorite musical genre.  However, I have learned as a reader (and writer) that good art (In all of its forms) transcends genres or boundaries and you have to be open to it. Unfortunately, we have as a culture turned art (music, books, movies, tv) into a franchise style of entertainment and demand you be loyal to your favorite artistic genre. I will admit that millennials are truly helping to break this closed-minded commercial art/entertainment model more than any other generation proceeding it.  Thank you millennials for seeing art in terms of it being good or bad and not just what genre it belongs too.

I was watching Season 1 of This Is Pop documentary series on Netflix and Willie Nelson was brought up in the episode where they explored the relationship between country and pop music. I highly recommend watching the entire Season 1 (especially for music lovers) and my favorite episodes were featuring Boyz II Men and T-Pain (that was messed up what Usher said to him about using Auto-Tune).

The country music episode focused on the authenticity of the genre and what is supposed to be true country music. I will admit that really did not hold my interest.  However, they mentioned Willie Nelson had recorded an album of traditional pop songs and it was one of the biggest selling albums of his career. That piqued my curiosity.  Why would one of music’s rebels record an album of pop standards? I learned Nelson grew up with those standards and always wanted to sing those songs on an album.  The story was told by Booker T that he bumped into Nelson in Malibu, California, as neighbors and connected with songs like Stardust, Georgia on My Mind, and Unchained Melody. The two men decided they should record an album and in 1978 musical magic was created.

After that episode, I bought the CD for five dollars on Amazon and got it in a couple of days. I have played Stardust several times since getting the CD and it’s a beautiful piece of music.  Nelson’s soft tenor fits the music produced by Booker T perfectly and the entire album is work of art. Nelson versions of Georgia On My Mind, All of Me, & On The Sunny Side of the Street were my favorites. The entire CD has been a delightful listening experience and confirmed that good music (an art overall) could come from an unexpected place. Stardust belongs in the pantheon of great American pop music and a must for music lovers.