Tag Archives: Off The Wall Album 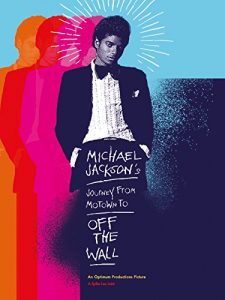 Questlove Supreme is one of my favorite podcasts and I have been listening to his backlist episodes over the past few weeks.  I recently heard the podcast with Spike Lee and they were discussing his career.  Spike mentions the Off The Wall Documentary as one of his favorite film projects he has done. Off The Wall has always been my favorite Michael Jackson album.  I know Thriller is his magnum opus and Bad sold more albums than Off The Wall.  But, Off The Wall is one of pop greatest’s albums and begins to showcase MJ’s artistry.

The documentary covered Michael’s journey from being a child prodigy on Motown Records with his brothers until the Off The Wall album, where he declared his artistic independence.  I will admit that the Motown period was not as interesting to me and it did not really cover any new ground that most music nerds would have already known.  However, when they got into the making of the album was where the documentary really shined.  Off The Wall is considered a musician’s musician album and a great pop record. It was sonically different from anything that came out in the late 1970s.   Spike was able to get a wide range of musicians from Quincy Jones, Stevie Wonder, Verdine White of Earth, Wind, & Fire, David Byrne of Talking Heads, Mark Ronson, John Legend, The Weeknd and Pharrell to all discuss at length about the album’s influence on pop music.

Songs like Don’t Stop You Get Enough, Workin’ Day & Night, and Get On the Floor are disco-funk classics, while Rock With You is the ultimate rollerskating song and ballads like She’s Out of My Life and I Can’t Help It (sounds like it belongs on a Stevie Wonder album) shows off Michael’s vocal range and still holds up four decades later.

Off The Wall is a solid music documentary and a must for Michael Jackson’s fans and music nerds like myself.  It is nice to see the lesser known of Michael Jackson’s Big Three Albums get some shine and reveal that Off the Wall was not a typical hit album of its time but a genuine work of art.