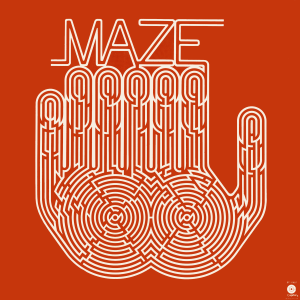 If Cookout Music was a musical genre, then Maze featuring Frankie Beverly would be the standard bearers.  For most of my life, the majority of cookouts I have ever attended would have music by Maze playing.  Their silky, elegant style of R&B reached its peak in the late 1970s-early 1980s but nearly four decades later Maze’s music is still the soundtrack for many cookouts across America.

Frankie Beverly founded the band as Raw Soul in 1970 from Philadelphia. The band relocated from Philadelphia to the San Francisco  in 1971, and got introduced to Marvin Gaye.  He liked the band immediately and took them on the road with him as one of his opening acts, and in 1976, Gaye suggested that they change their name from Raw Soul to Maze. The rest has become American R&B history.

Even though, their original home base was Philadelphia and had a connection to San Francisco, the band has become associated to the city of New Orleans throughout their career.  They have played at the Essence Music Festival for many years and recorded one of their biggest albums, Live in New Orleans, in honor of their connection to the city.

Maze has never crossed over to pop music for some odd reason. I believe songs like Happy Feelin’s, Golden Time of the Day, While I’m Alone, You, Before I Let Go (Beyonce did a solid job with her rendition), Joy & Pain would touch every music lovers’ spirit.  Nevertheless, the band has such a devoted following that they have become known as the R&B version of Grateful Dead or Phish.

The main reason, Maze is one of my favorite bands because they were able to create their own brand of soul music that’s elegant, sophistcated, adult, and does not need to be over the top for resonance.  It’s grown folks music that has never tried to fit in to the whims of pop culture.  Also, it has shown me that art does not always need to be uncomfortable, edgy, or hyperbolic to make a statement.  Moreover, it is some of the best mood enhancing music I have ever listened too.

Here are my favorite Maze songs: