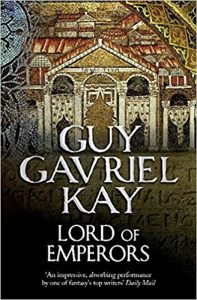 Have you ever as a reader given a novel you did not finish another chance? Well, there is a first time for everything.  I gave Children of Earth and Sky a second chance.  I read it a couple years ago when it was first released.  Kay writes beautifully, and the characters were well-developed.  But, I… END_OF_DOCUMENT_TOKEN_TO_BE_REPLACED