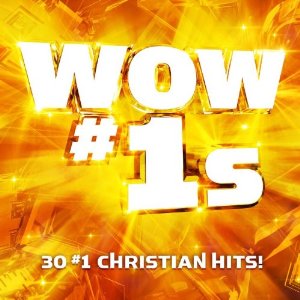 I overheard a conversation between two co-workers this week.  They were talking about one of my favorite subjects, music.  One of the co-workers said he got this Christian Music CD from a friend and one of the songs sung the word “Jesus” sixty-seven times. He finished the conversation by saying that he didn’t mind Christian music as long as it was good.  But, he didn’t want the message thrown in his face like it was in that song.

I must admit I wanted to jump into the conversation and defend that song he was criticizing.  But, I felt deep down that I agree with him.  So I thought about that conversation all week.

There are many people like that co-worker of mine, who don’t want the message of a religion (mostly Christianity) or a philosophy overtly in their art. However, when I thought about it…doesn’t most art have a message that the artist is trying to promote or influence their audience with?

Let’s stay with music.  The Beatles glorified drug use in their songs during the 60s. John Lennon promoted a utopia with his biggest hit as a solo artist, Imagine. A lot of Rock-n-Roll and Rhythm and Blues songs glorify sex outside of marriage and adultery.  While Rap music glorifies gang violence, the excesses of capitalistic success, and political and cultural philosophies that are outside of  mainstream America.

So I get confused when people like that co-worker have a problem with the overtness in Christian music but will listen to secular music that can be just as overt.

However as I continued to think about that conversation, I still believe he has a point.

Listening to music one of the greatest passions in my life.  I grew up with older brothers that played music around our house all the time.  Also, I have a good friend that is a local jazz musician from Albuquerque and we would have music listening sessions on Saturdays where he would introduce me to music as diverse as Van Morrison to Tito Puente to Enya to Miles Davis to Brazilian musicians like Caetano Veloso and Milton Nascimento then back to groups like Earth, Wind, and Fire and Steely Dan.

So my musical tastes are broad and this is one of the things I lament in Christian music.  Not being broad but narrow.

“That’s when Christian radio decided that a mythical young housewife named Becky was its target customer. If you walk into a top Christian radio station today, everyone on the staff will know Becky, though they may have a different name for her at their station, an ironic and furtive attempt to make Becky their own. Becky is the one person they want to listen. Every little thing the station does is done with Becky in mind.”

“She’s thirty-five years old. She has two kids. She drives a minivan and is married, but her marriage is not all she dreamed it would be. She goes to church pretty regularly, but not every Sunday. She is mostly a stay-at-home mom, but she may work a few hours a week or may work seasonal jobs at different times of the year to bring a few extra dollars into the household.”

“She cares about issues that affect her kids: food, education, health, family, and leisure-time activities. And Christian radio stations cater everything on the air to this question, Will Becky care?”

“There was a time when theologians and the wisest minds of a church determined what was said and sung in a church.  Today it is what Becky likes gets played on Christian radio, and what gets played on Christian radio gets promoted to church musicians and church leaders. The result: our churches are filled with songs not because they reflect our highest and best thinking and artistry or because they remind us and teach our children important truths, but because they are—as many Christian stations say about themselves–safe for the entire family.”

The above quotes were from Warren Cole Smith’s excellent and challenging book, A Lover’s Quarrel With The Evangelical Church. I believed he hit a home run about Christian music with those quotes. It seems this genre of music as taken the roar and ferociousness away from the lion and tamed it like our household pet.

What I struggle with as a Christian (not only in music but across all the other art forms) is that we only study certain parts of the Bible and have it speak for our faith as a whole.

Shouldn’t we study the entire Bible?  The popular and unpopular?  Isn’t all of God’s word worthy of study and examination. So why do we continue go down the same path repeatedly?

Also, shouldn’t Christian music reflect that as well and not just Jesus loves me and forgives me songs?

What about songs on Job? There is a Country or Blues song waiting to happen about Job.  Also, there is a song about God’s ways being higher than our ways and that He is mysterious and beyond our total comprehension.

What about songs on Solomon? Lord knows we need songs about wisdom in our culture.  Everybody has information and knowledge but not wisdom.
Also, there is a rhythm-n-blues or smooth jazz song about Solomon loving the wrong woman and the consequences of that decision.

So in essence, I believe Christian music due to business and target marketing has focus a little too hard on Becky and not the depth and richness our faith has shown throughout time. While I understand that our songs should focus on Jesus, it seems the other people of the Bible get left out and we don’t sing about  their struggles and triumphs in trying to live out their faith.

If our music (as well as other art) revealed more of that…then all people (believers and non-believers) could truly relate to our message and even if they don’t agree with it….they could respect the message because it feels real to them and not sanitized.

11 Responses to Wisdom from Kammbia 3.2: I Like Christian Music, But…..