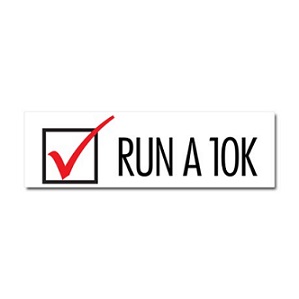 I ran my first 10k race yesterday as of this blog post and I felt I have become a runner officially.  I have spent the past couple of years of running as a way to have another point of connection with my wife.  My wife began running a few years ago and at first I dismissed it because I never ran much throughout my life.  However, I saw how much she enjoyed it individually as well as being a part of a women’s running group.  I wanted to see if I could enjoy running as much as she did.

Also, I had published my first novel, The Descendant of Destiny, and it had consumed most of my free time outside of the day job, being a husband and father of two. I could barely run a mile when I ran through my neighborhood here in San Antonio. Over the course of last two years, I could gradually run up to a 5k consistently and took part in my first race as runner with the San Antonio Rock-N-Roll Marathon 5k run in December 2015.

Even though, I had been running 5ks for most of 2015 and 2016 and getting confidence as runner.  I had several running friends, while encouraging for where I was, asked when I was going to run a half-marathon or a marathon with them.  My friends, well-intentioned, were wanting to come up to their level of running as soon as possible and thought the 5k is the stepchild of running.  The goal from their perspective was to run a marathon (or at least half-marathon) to become a real runner instead of a weekend or hobby runner.

Also, I had published my second novel, Transformation Towards Destiny, in the fall of last year.  It is the second of a four book series in my fictional world of Kammbia.  I have gone the indie/self-publishing for these novels and have received positive feedback from readers about my colorful, spiritual contemporary fantasy series.  I have sold a few books (not as many as I like) along the way.  However, in the indie/self-publishing community, there is an emphasis on publishing fast and often like 3 or 4 books a year to build an audience either through KDP (Kindle Direct Publishing) or wide distribution (Kobo, iTunes, Nook, and so on).  While, I would like to have published books on that kind of timetable, I knew just like in running I’m not there.

Recently, I was starting to feel out of place in both writing/publishing and running. I began wondering is there only one way to do both of these activities that have become such an integral part of my life.  However, I saw patterns in both activities since the start of this year that has helped rethink how I should approach both of them and a huge dose of much-needed perspective.  Here are lessons I have learned so far both writing and running:

As I mentioned at the start of the blog post that after running this 10k….I feel like I have become a runner because I have my found pace and I can stay with it as long as I continue running.  Likewise, I have realized after publishing Transformation Toward Destiny, what I want to write about and where I want to go with my writing career.  Hopefully, I can stay on that road despite the noise and distractions away from it. Writing and Running have become integral parts of my life and their relationship have intertwined unexpectedly and has changed me forever.

Sometimes, there is a book that sits on your bookshelf for awhile that you have not read for one reason or another. When you walk over to your bookshelf to grab something to read, that book just sits waiting for its turn to be placed in your hands and the pages opened. Finally, you will… END_OF_DOCUMENT_TOKEN_TO_BE_REPLACED

I have always followed the beat to my own drummer.  Running has helped me embrace that drum beat.  I started to run seriously for the first time over the summer. My wife is a member of a running club and has been running with them for quite awhile.  Her participation in that running club got… END_OF_DOCUMENT_TOKEN_TO_BE_REPLACED