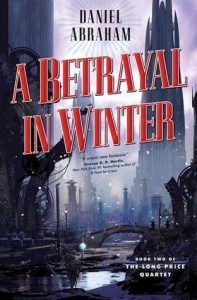 The Long Price Quartet by Daniel Abraham has been a book series that I’ve meant to read for a long time. It has been on my radar for several years when it was recommended to me.  They have billed the series as original and fresh to the… END_OF_DOCUMENT_TOKEN_TO_BE_REPLACED