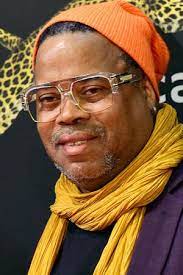 I just found out about the passing of Greg Tate, writer and cultural critic at the age of 64. I’ve only read a few of his written pieces over the years but these words below from the Pitchfork article, I read hit home:

“Tate opened the door for those who grew up on hip-hop, jazz, and soul, but also had an affinity for rock, folk, and pop. He wrote for those who walked to the bus stop with a Public Enemy cassette in the Walkman, but could appreciate Elton John too. Tate did for Black music writers what groups like Jungle Brothers and De La Soul did for aspiring alternative rappers in the ’80s and ’90s: He made it OK to be different.”

Bingo. Art is meant to be explored across the entire range of humanity and not just what are you comfortable with. Tate understood that instinctively and from a black man’s perspective that’s truly liberating.