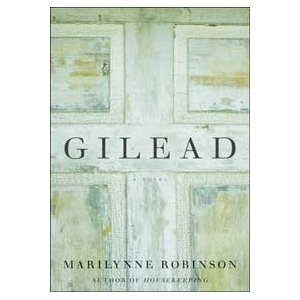 “Adulthood is a wonderful thing, and brief. You must be sure to enjoy it while it lasts.”

Those touching, powerful quotes are from Minister John Ames, the protagonist of Gilead by Marilynne Robinson. Gilead tells his story in letter form to his young son about his life and struggles as a man of the cloth in the town of Gilead, Iowa.

Robinson creates a three-dimensional picture of Minister Ames through his belief in Jesus Christ, the struggles with his faith, and the relationships with his family and others in the town.

There were two relationships in the novel that I believe truly formed Minister Ames.  The first one was with the atheist, Edward Feuerbach and this comment said a lot to me about their relationship:

“Boughton takes a very dim view of him, because he unsettled the faith of many people, but I take issue as much with those people as with Feuerbach. It seems to me some people just go around looking to get their faith unsettled.”

Ames was willing to risk having a friendship with a man that could shake his faith. It exhibited the depth of his conviction and a genuine love for humanity not something learned from seminary or taught over the pulpit.

Even though, I thought the relationship seemed distant and remote at times, Ames clearly loved him and mentioned in the story his failed attempt to convert him to Christianity.

The second relationship was with his best friend, Jack Boughton’s son, John Ames Boughton.  The younger Boughton believed in Christ growing up but drifted away from the faith as he got older.  However, he always had a respect for Minister Ames and came to him often for spiritual questions. Even though, Minister Ames answered his questions, the younger Boughton could never get over the intellectual hurdles he had in order to become a believer.

Gilead was the first novel I’ve read that grew on me.  It was okay at first, because the lack of action or suspense and even no chapters.  As I kept reading, I began to like the novel more and Robinson created such a full, rich character that it made me think of my own spiritual journey.

I would highly recommend Gilead and consider it to be the best novel I’ve read and reviewed in 2013 so far.